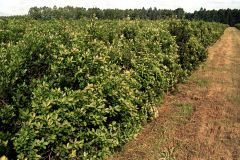 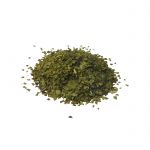 mate or yerba mate is a South American native species whose leaves, which are roasted and pulverized, provide, infused in hot water, a stimulating drink, similar to the coffee or tea effects. The Jesuits developed its culture in the seventeenth century and spread to neighboring countries : Uruguay, Chile, Bolivia, Argentina and the southern provinces of Brazil. Mate word used in Spanish-speaking countries comes from the Quechua mathi, which means a kind of gourd container traditionally used to drink mate and still used until now.

mate stimulates the central nervous system, it is also cardiotonic and diuretic and increases glycolysis and lipolysis. Mate is considered a cholesterol hepatoprotective, diuretic and antioxidant.

we offer Yerba Maté under the following forms :